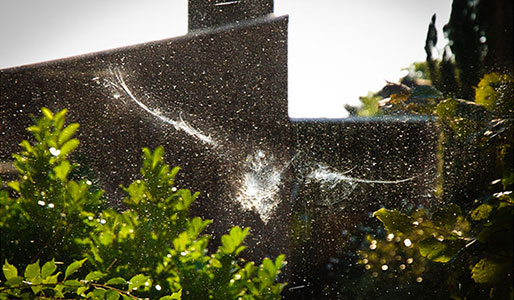 At first it startled me. Then, after figuring out what it was, I found it a bit amusing. But as time passed, and my feathered friend continued to fly face first – or should I say beak first -- into our picture window, I actually began to feel sorry for the little fella. Blinded to the reality of his own plight, he persisted in this self-destructive behavior for some time. Finally, after spotting my waving arms just beyond the illusion that had originally lured him in, the battered little bird flew off to better things.

As I thought about this bird’s foolish actions I was reminded of times in my own life where I’d mirrored his behavior. Times where I had been drawn into the pursuit of something that really wasn’t what I thought it was. Blinded to the realities of my own situation, I too had haphazardly flown into some windows in life. What’s worse, as a leader I had led others down this same path. Epitomizing the blind leading the blind, I struggled with what I believe to be one of the most critical elements of leadership: self-awareness.

Simply put, self-awareness is an ability to see oneself accurately in relation to both internal and external forces in life.